We have recently released another booklet from our back catalogue as an e-book on Amazon. It is available to be downloaded and viewed on your mobile phone, tablet or Kindle.   "Turton Tales I" was originally released in 1978 and has been out of print for some time. 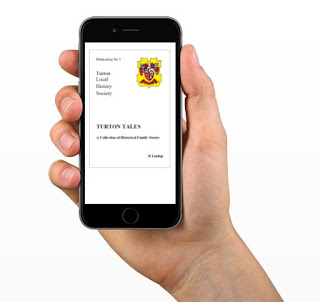 This is the fourth of our older publications to be released as an e-book, Stories of Turton Date Stones and Bradshaw & Harwood Collieries and Lords of Bradshaw all having been released over the last couple of years.
Posted by Turton Local History Society at 06:48