The Manchester and Salford Junction Canal had a chequered and short working life but can be traced and visited today along its route both above ground and in much of the half which is underground. It opened in 1839 at the end of the canal era and offered a direct route from the Rochdale Canal to the River Irwell and the Manchester, Bolton and Bury Canal. The canal was originally 5 furlongs, climbed by two locks, passing through a 499-yard tunnel and two further paired locks to reach the Rochdale Canal. The underground architecture is of cathedral proportions. The talk covers it's history in old maps and pictures through to the present day, considering the possibilities for its restoration. 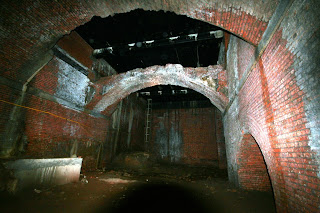