Peter's walk round Barrow Bridge will essentially be about the establishment of an early industrial settlement on the fringe of Bolton which was to become a model village of a kind much advocated by early Victorian idealist. It's owner was a supporter of the Anti Corn Laws movement. Later when the mills had closed it became a much loved place for a day out by the industrial population of Bolton, to a large extent promoted by Allan Clarke's (Teddy Ashton) articles in the local paper. 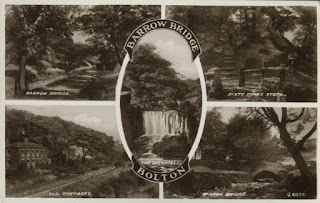 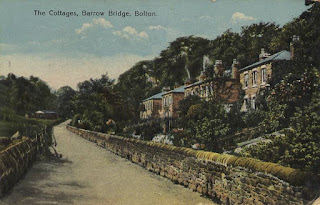